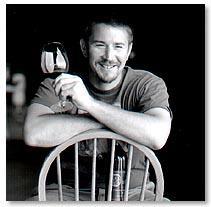 Eric Dunham, owner and winemaker of Dunham Cellars in Walla Walla, died tragically in Cannon Beach, Oregon on October 23 at the age of 44. After working at notable Washington wineries including Hogue Cellars and L’Ecole No. 41, Eric founded Dunham Cellars with his father, Mike, in the mid-1990’s. At the time, it was just […]

Not all food and wine festivals are created equal. Some take place in oversold, too-small venues where you’re cramped, claustrophobic and constantly having to elbow your way through a line just to get a meager one-ounce pour of wine. Others only provide a token platter or two of bread and cheeses to nosh on in-between […]

Good wines certainly make visiting a winery worthwhile. And connecting with warm, friendly people along the way who welcome you in and treat you like family? For me, that’s the icing on the cake. A recent visit to Robison Ranch Cellars in Walla Walla left me with just that impression. As a pair of retirees […]

Good Wine Tastes Even Better With the Proper Food Pairing

As we move into the fall and winter months, wine-themed dinners become increasingly popular. And why not? The weather has already begun to cool down, the rainy season (groan) is just around the corner, and indoor activities will soon be the norm. I just wrapped up a wine dinner series at Bellingham Technical College that […]

Obelisco Estate at the Pinnacle of Red Mountain’s Recognized Wineries

When it comes to prestigious wine regions and wines, Washington has certainly done itself proud. The state’s latest recognition: the nomination of the Red Mountain Appellation as Wine Enthusiast magazine’s wine region of the year. Other 2014 nominees include Champagne, Chianti, New York State and Sonoma, California…pretty impressive company by anyone’s standards. The winner will […]